If the walls become canvas... 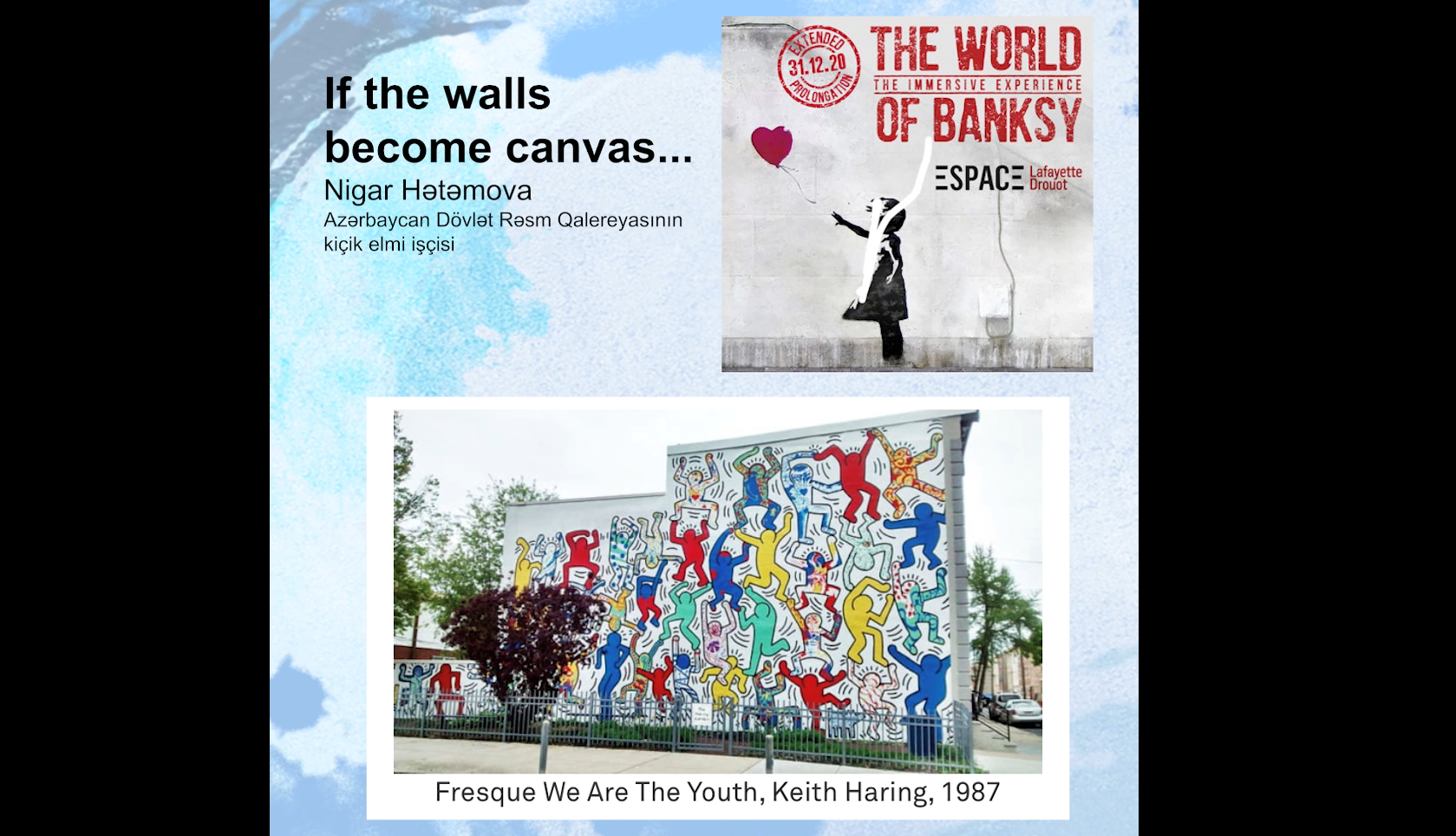 Art isn't just displayed in galleries. And the walls can be great canvases. These brick and stone toilets, without realizing it, artists can use their abilities to transform cities into vast open-air museums. Some artists like to make art on the sidewalks or on the walls of the city. It's called the Art of Street. What is Street Art?

Street art is now an integral part of the artistic landscape.  Everywhere, on the streets of cities, on the walls of museums.  While many people appreciate urban art, its works and artists, few know its history.

As the name suggests, Street Art (or urban art) combines all the temporary art forms produced on the street. This was born in 1960, taking advantage of different graphic disciplines and turning cities into a real outdoor museum.

When art moves in the street, in full view and without constraints or limits, it gives street art.  A movement that began with graffiti in the United States in the 1970s before spreading all over the world, dubbing its artists as subversive geniuses.  Which is indeed a big paradox.

Street designates any artistic form produced in an urban context, most often outdoors, in full view of passers-by.  The notion is vague because it brings together very varied forms of creation, ranging from wall graphic arts (graffiti, stencil, stickers, mosaic, to street installations, through displays and yarn bombing)

Less known than its urban comrades, yarn bombing consists of a kind of graffiti that uses knitting or other similar techniques that have in common the use of wool or thread (weaving, tapestry, winding, etc.) This practice, born in 2005 in the United States, has spread rapidly in Europe, such as in London where the “Knit the City” operation has taken place since 2009.

In short, street art encompasses all the creation that is done in the street.  It was born from a consideration of the urban environment in artistic creation, and aims to move art from museums and galleries to the outside.  And this, in order to confront it with reality, with the glances (and the judgment) of the passers-by.

Although it developed in its current form in the 70s, street art was not born yesterday.  Its origins go back further: to a certain extent, any artistic creation carried out in the open air or relating to everyday objects available outdoors can be qualified as “street art” long before its time.

Since the essence of street art is to remove the art object from the confines of the museum, we can consider that the illustrations on stone found in Pompeii, Athens or in the Egyptian Valley of the Kings are forms of art "urban ".  The mosaic labyrinth in the house of the same name in Pompeii is thus seen as an ancestor of this art form.

Street art in the 60/70s was primarily graffiti.  In the 1960s, the city of Philadelphia experienced a sudden increase in graffiti on its walls.  Under the pseudonym of Cornbread, a young man tags the name of the girl he loves on all the walls of the city.  He is quickly followed by Cool Earl,  another young man.  They write subversive messages on the walls that appeal to and are imitated by other teenagers.  Little by little, the inscriptions are transformed: from a simple tag, they are stylized and take on an artistic dimension.  They become “Graffiti writing”.

The media seized on this local affair and the graffiti spread to other American cities, such as New York.  At the Big Apple, the fashion for graffiti is a victim of its success with young people.  The authorities find themselves forced to start punishing graffiti artists.

The illegality of graffiti makes it a counter-culture phenomenon, just like hip-hop.  The world of graffiti then creates its own rules, its uses, its vocabulary and even its artistic “schools”.

Shout out to their rejection of the system that young underground artists do in the underground passages of the New York City subway that serves them as a privileged means of expression.  They are  called "authors" and work in "teams" of graffiti artists that are gradually lining the city walls.

Graffiti clings and intensifies, inspiring comics and commercials.  With hip-hop, it becomes the expression of street culture in a very distinctive way of dressing and in connection with life in neighbourhoods like the Bronx and Harlem.  The label evolves rapidly, transforming into a real illustration, offering more authentic typography than ever before.

New York begins to endorse this form of expression, which emigrated to other American cities and crossed the Atlantic to settle in Europe.  Graffiti, which is perceived as a humorous, colourful and quite crazy art in Europe, adorns the brick walls of buildings and road guards.

Gradually, the fashion for graffiti moves and establishes itself in Europe.  From the 1960s, the Berlin Wall became a means of expression for the population of West Germany.  It initially served as a free forum - completely legally - then, a few years later, was taken over by artists from all over the world.  For the time, West Berlin is resolutely modern by welcoming graffiti considered everywhere else as vandalism.

In France, it was during the Mitterrand years that the phenomenon took on its full scope.  The Minister of Culture Jack Lang is seduced by this new fashion which he finds creative and innovative.  For him, it is also an opportunity to show the French people that contemporary art occupies an important place within his ministry.

However, it is not to everyone's taste.  Qualified as degrading and mocked by the oldest, urban art divides: there are those who adore it, and those who hate it.  Urban art is still controversial and prohibited by law.  Indeed, despite the enthusiasm of the Minister of Culture, graffiti is still punished by fines of up to €30,000.Graffiti is a big art by itself. But of course, there are positive aspects of this art, as well as negative aspects. Street art is actually widely used today, especially through graffiti, due to its growing strong presence, mass and strong evolution. We should look at graffiti not as an art movement, but as a form of expression that creates real outdoor galleries first of all. But this view is not perceived by every junkie in the same way, unfortunately...

There are often images associated with this art, such as vandalism and the art of "bandits". Today we still see street art trying to prove and justify its place in the art world.

Nevertheless, any drawing or sticker affixed to a wall is not street art.  The line may seem blurred to critics of graffiti, but street art has nothing to do with vandalism.  Street artists attempt, through their works, to communicate with the public on socially relevant themes.  They also value aesthetics in the sense that they seek to produce a work that makes visual sense.

Vandalism by tag has territorial and ideological issues that are far removed from any artistic form.  However, street art remains mainly a form of subversive expression, and artists draw on very varied motivations but often connected with activism and the rejection of a political or social fact.

In fact, street art functions as a kind of free forum for contemporary artists, with the advantage of addressing the widest possible audience directly.  This label is often used by artists who do not want to blend in with the crowd or have limits imposed (moral, aesthetic, political) that would conflict with their intrinsic freedom.

The 1980s were a new turning point for urban art.  In New York, the penalties incurred by graffiti artists are becoming increasingly severe.  This does not prevent some street art actors from realizing that they can be considered artists and are starting to open galleries to exhibit their work.  These artists, you surely know them: Jean-Michel Basquiat, Keith Haring…

This practice is becoming increasingly varied.  From tags, we move on to collage, stencil, figurative or abstract, colorful or monochrome… We are now talking about street art.  Even if it is still political, it has become normalized within society.  So much so that, during the 1980s, this ultramodern art began to seduce museums, galleries, collectors and auction houses around the world.

In the early 2000s, Banksy, now a leading figure in urban art, breathed new life into street art.  Anonymous and provocative, the British raises, through his works, social and contemporary concerns (the Israeli-Palestinian conflict, child labour, etc.) on walls around the world.  In 2018, he achieved a masterstroke with La Fille au ballon rouge, a painting sold at Sotheby's which self-destructed during the sale.  Today, street art is no longer just a “fad” of the counterculture, but is now considered an art in its own right.

Keith Haring, the "Michelangelo" of the New York Subway...

American artist Keith Haring (1958-1990), famous for his graffiti, was closely associated with Pop Art-fuelled New York in the 1980s.  With the deindustrialization of the 1960s, lower Manhattan had become a wasteland.  Keith Haring is making it his art space. Performance Space 122 is where all experience resides. Concerned with reaching an audience outside the museums, the artist begins to draw with white chalk up to 40 drawings a day on black billboards in the New York subway.  The Haring “signature” is a repetition of synthetic shapes underlined by a black line in bright colors.  His dolls, dolphins and androgynous silhouettes bring him fame.

Unfortunately, street art, which is considered to represent this freedom, is being seized by tourism companies and self-promotional organizations. Because Street Arts can increase the tourism values of the place where it is. Attracted by its growing popularity, the tourism industry is courting street art and trying to integrate it into its offering.

Indeed, street art has become a fashionable art, whose original principles are sometimes flouted.  Initially, impossible to put in a box, it now appeals to companies and serves marketing as in this giant advertisement for the Mc Donalds brand (2010).

In certain situations, it then becomes antithetical to its original idea.  For example, last summer, works by Banksy were exhibited at the Lafayette-Drouot Foundation, even though his creations are not dedicated to these enclosed spaces.  Now, many museums and galleries specialize and offer street-art exhibitions.  In the art sales sector, all the auction houses have an “Urban Art” category, in which they offer the purchase of works by the giants of the milieu (Shepard Fairey (OBEY), JR, etc.) for prices  sometimes exorbitant… The recognition of street art as art thus seems to have ended up contradicting the very essence of urban art, by confining it to closed spaces and leading to its commodification.

Urban art is supposed to be free, accessible to all, ephemeral and outdoors, thus contributing to a real democratization of art.  Fortunately, the streets are still filled with the works of many “street artists”.  Some have never gone out of fashion since the beginning of the movement: Miss.Tic, Invader, Blek the rat... And others take over and offer new creations every day.  Thanks to street art and the determination of its artists, art leaves the museum and settles on the walls of cities.

If the walls become canvas