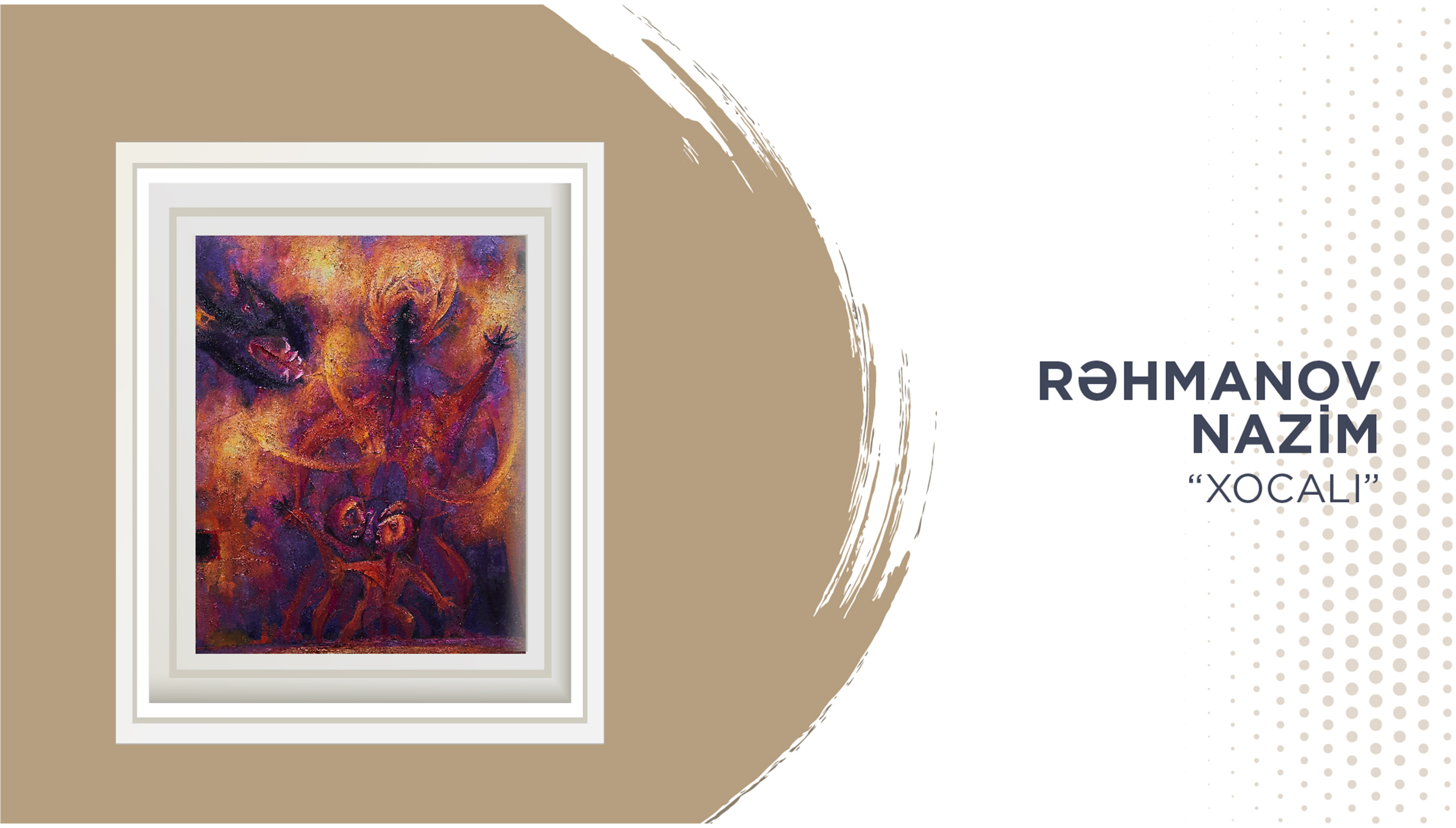 On February 24, the Ministry of Culture of the Republic of Azerbaijan, the Azerbaijan State Art Gallery and the Khatai Art Center organized a virtual exhibition entitled "Khojaly-Historical Justice" dedicated to the twenty-ninth anniversary of the Khojaly tragedy.

The works displayed at the exhibition show the tragedies that befell our people in different cities and settlements of the country from time to time, the facts of genocide, the bloody crimes against Khojaly, but the courage shown by the civilians against the enemy in unequal conditions. It demonstrates the courage and determination of our people to fight for the protection of state independence and territorial integrity. The destruction of the enemy's armed forces by the brave Azerbaijani Army during the last 44-day war, the liberation of our lands from occupation showed that the victims of the Khojaly tragedy were avenged on the battlefield.

The virtual exposition of the exhibition includes Nazim Mammadov's "Destroyed Space", Bayram Gasimkhanli's "Khojaly", Jamil Guliyev's "Khojaly Refugee", Mirzaaga Gafarov's "Khojaly", Nazim Rahmanov's "Scream", Elshan Hajizadeh's "Armenian Savagery", Rafael Muradov's "Our Tragedies". The works included in the collection of the Art Gallery, as well as some works of the participants of the final exhibition of the competition "Khojaly - the city of martyrs" were demonstrated.

The exhibition is available on the social media accounts of the Azerbaijan State Art Gallery.

The virtual exhibition will last until February 27.